I Still Don't Hit Back 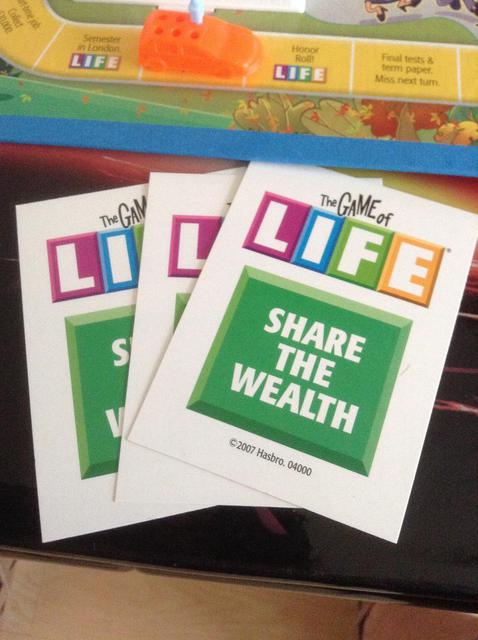 When I was little, the world was a scary place. Everyone was bigger, smarter, funnier, prettier, luckier and more talented than me. They had joyful lives. They didn't fear spiders. They could run faster, swim better, hit the ball. They knew what they wanted to be when they grew up and they were good and successful at everything they tried and the whole world loved them. All of them. I very much wanted to partake of the fruits of society. To be invited to the party of life.

In elementary school, I got beaten up everyday. I still remember the girl that did it. I often imagine her and wonder where she is and how her life turned out. I hope she didn't end up living some dreadful, painful life of want due to the bad Karma she must have acquired for her cruelty. As I got older, I realized that she must have really felt awful about herself. She picked on me to feel better. I doubt it was a successful plan. There was another girl too. She never hit me. But her words hurt worse. I've searched for her from time to time since the advent of the www. She reminded me of a chihuahua. I would think about that when she was running her mouth. As she was spewing her hateful mantras toward me, I would picture a little yippy dog with little hair and bug eyes. It always made me laugh. To this day, whenever I see one of those dogs I think of her. It still makes me laugh although I feel a little bad about disparaging all those sweet little dogs.

It's important to point out here, that for every unkind, creepy kid, I knew far more who were kind, and well, normal.

There's a moral to this story. When someone hit me, I would not hit back. I would stand there and take it, but I would not raise a hand to my aggressor. I think I knew even then, though I didn't understand it at the time. I knew that I did not have it in me to inflict that kind of pain. I don't think that girl ever even bruised me. She hit as hard as she could, but other than the discomfort of a blow to the stomach, she didn't physically hurt me. It was my spirit she broke. I did not understand the need of some to hurt someone else. I was incapable of being unkind in that way because I knew how painful it was. I suspected that nothing I did would hurt as much as whatever it was that was already causing them pain.

As an adult, those concepts are much clearer to me now. Always wondering what is going on in the lives and minds of those who punish themselves by punishing others. The mystery is seldom revealed. As children, we often mistake kindness or apathy or even differences for weakness. I suppose we do that as adults as well. We don't beat them up anymore. Not physically. We withhold love, friendship, respect. We roll our eyes or discount their opinions, assume those we see as weaklings to be wrong or incapable of contributing. Unfortunately for us as well as our victims, we most likely missed opportunities to see within.

What I didn't understand as a child was that pretty much, everyone else felt the same way. In my later years, that would evolve into quite a relief. I wanted to be normal, whatever that was. As it turned out, I was. Finally, I recognize the weakness of those who would belittle another in attempts of self edification.

I still don't hit back.